An Evening with SPR starts at 7pm

SPR hits the stage at 2pm

Join us in a celebration of ONE YEAR of the Green Room Social Club! Get your tickets: tickets.clubgreenroom.com/e/oneyear/tickets General Admission only - Seating is First-Come-First-Served! Friends, it has been a ride. We survived the plague and we have been forged by fire. We have seen just about every version of success and failure one could possibly experience in opening an awesome live music venue during a global pandemic. What were we thinking? We were thinking we were born for this. Oh, and friends, we definitely were. Join us from 2PM to 8PM for an all-day celebration of all things Green Room, complete with - you guessed it - LIVE MUSIC! 2:00PM - 3:00PM Steve Rodgers 4:00PM - 6:00PM Burning Daylight People 6:30PM - 8:00PM Rubber Bullet Band Plus, Bar Sets & Artist At Large: Doug Not Josh! Then stick around and get your tickets for the late night party with the Hot Mountain Dips! (tickets.clubgreenroom.com/e/hotmountaindips/tickets) See less 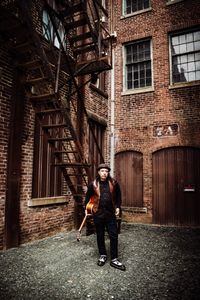 Album Release show for the new album "Speck On a clover". Show is All Ages, adult beverages available for over 21. Show Starts at 7pm

For her sixth album, The Starter Wife (Pleasure Loves Company), singer-songwriter Daphne Parker Powell (fka Daphne Lee Martin) swan dives into a maelstrom of divorce and rises from the wreckage weary, wiser, and ready to take herself a whole lot less seriously. This is cinema verite in song, boldly exploring the disposability of forever after. The Starter Wife’s intimate and elegant production aesthetic recalls Joni Mitchell’s early-to-mid 1970s album streak. No Depression described Daphne as “the voice of futuristic folk-rock/alternative-roots music... exploring the outer reaches of nostalgic melody... ” Her singular Americana mélange includes a broad array of contemporary and classic inspirations that spans folk, country, vocal jazz, indie rock, hip-hop, and cinematic pop. Her words are pulled from an expansive well of literature and lyrical influences, from laissez-faire poets, satirists, and the Beats, to Feminists, modern philosophers and the sage guidance of her friends who have been through the same anguish and risen to meet it.

All sales are final; no refunds or exchanges. The Newtown Art Festival is rain or shine. Artists are subject to change without notice. General admission tickets provide access to general admission areas at all stages. Lawn seating areas are uncovered. Patrons may bring blankets or low-backed lawn chairs (under 30”).
Once you purchase, you will receive an order confirmation email from Ticketleap on behalf of The Arts Festival. If you do not see your order confirmation in your inbox, make sure to check your junk/spam folder. For general event information, please visit www.newtownartsfestival.com NO Pets are allowed

One Roof is a nonprofit organization dedicated to ending homelessness. We produce musical concerts and festivals in order to place families and individuals in permanent homes. Our novel approach enables us to generate funds to meet our mission while simultaneously engaging with the general public and fostering a growing sense of community.

For information on booking Stephen for festivals, venues, or house concerts please contact us.